Take a trip to the outer archipelago to see the grey seals living in the Baltic Sea. Or join the archipelago cruise and visit the islands Gustavsvärn and Hauensuoli (Pike´s Gut).

Archipelago cruise:
Gustavsvärn is the best kept part of a four-part larger whole of fortresses outside Hanko. The little islet contains the ruins of a fortress built by the Swedes in the late 18th century, as well as a lighthouse from 1951. The attendant’s house is well kept and looked after by the Finnish Lighthouse Society, who sell souvenirs there in the summer.

Hauensuoli is a narrow strait between the islands Tullholmen and Kobben outside Tulliniemi. There are over 640 kept rock carvings on the island. “The visitor’s book of the archipelago” consists of names and coats of arms of nobility, soldiers and tradesmen. The earliest ones are from the 16th century.

Cruises on Tuesdays and Saturdays during 30.6-13.8.2018. Departure from the ST1 quay in the Eastern Harbour at 14. The duration of the cruise is approx. 2 hours.
Price: Adults 25 euro, children (4-14 years) 10 euro.
Min. amount passengers: 6 persons. Cruises are contingent on weather.

Seal safari:
Take a trip to the outer archipelago to see the grey seals living in the Baltic Sea. There are over 12 000 grey seals and with a bit of luck you can spot one!

Seal safaris are available on Thursdays and Sundays during the 1.7-16.8.2018 season. Departure from the ST1 quay in the Eastern Harbour at 14. The duration of the cruise is approx. 2 hours. 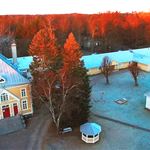 distance: 1,2 km
Cozy guesthouse in the center of Hanko
Réserver 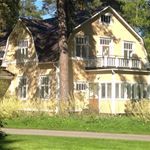 distance: 1,4 km
Bed & Breakfast accommodation in a villa built 1904. The villa is situated in the beautiful Spa Park, 200 m from the beach, tennis courts and Hanko Casino. Villa Solgård has 16 cosy double rooms and is modernized 2015 to meet an adult taste. The villa is open from May to September.
Réserver 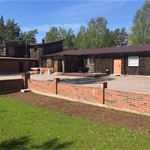